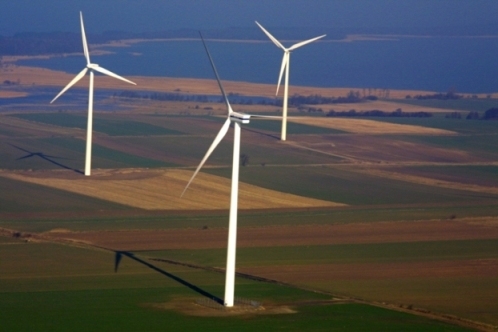 Constructed by the founders of the Enerco in 2001.
The first large scale wind project in Poland.

Financing the project:
- Subsidy of National Fund for the Environmental Protection and Water Management  (NFOŚiGW).

Park situated in the area of Koszalin, in the Baltic Sea coast - in operation since 2001.
Energy production from the turbines since the beginning of its operation exceeds the forecasts being the base of business plan.